In 2005, Lena Dunham starred in a film by Keil Troisi and A.W. Strouse. Endless problems plagued production—from the scatterbrained script to the cast’s partying to Strouse’s tawdry romance with Dunham. Now, this poetic short documentary reframes that footage into a commentary on celebrity, the War on Terror, and mononucleosis.

“Mono Generation” premiered at the Chicago Underground Film Festival before making its New York City premiere at Brooklyn Wayfarers, where the movie was screened on smart-devices. 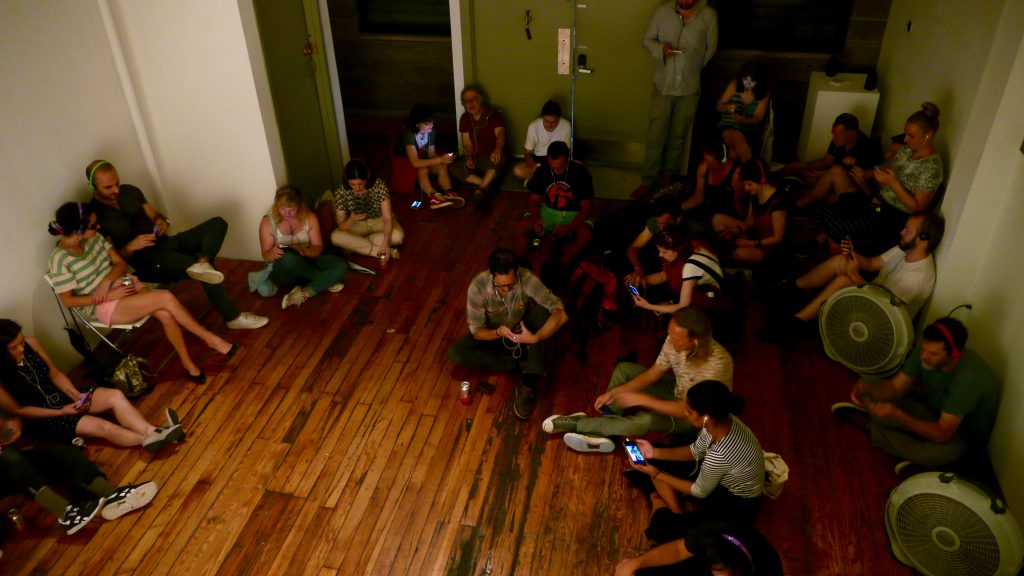 This entry was posted in Uncategorized. Bookmark the permalink.

Need help with the Commons? Visit our
help page Send us a message

Built with WordPress Protected by Akismet Powered by CUNY